How many times is Joe going to let Barack burn him?

I never thought Joe was me blood on the 2008 ticket. But nobody from the campaign asked me what I thought.

“the Obama administration does not divulge them”

These are our tax dollars, we have a right to know where every penny goes.

President Obama plans to call for billions in tax increases on top earners – including a hike in investment tax rates — in order to fund new tax credits and other measures the White House claims will help the middle class.

Obama: I did not mislead on #ObamaCare: http://t.co/d82ZdguGoH

I saw that feed come across FOX News as I was leaving work.

First thought was ‘that’s a lie’

Thanks John for providing additional data

The market will correct itself. This correction may be coming sooner than people thought.

A large number of people may have signed up. But the people who want buying health insurance before, agent going to keep it.

If the fine is less than the premiums who do you think will win?

I was against the ACA before it was fully read & vetted. 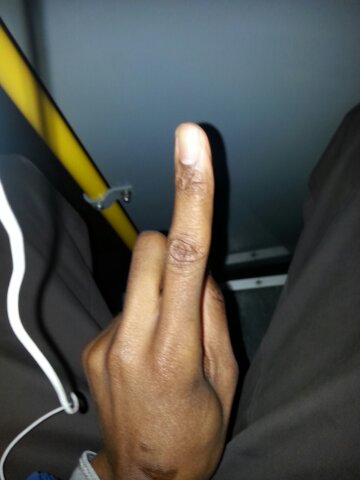 That’s what a good response would be to something amazing happening.

Something amazing is going to happen today, we just don’t know what yet.

Well there is two things today. The State of the Union Address & the Douglas County Republican Party Central Committee meeting. I’m glad to be going to one so I don’t have to desk with the other.

My interview yesterday went well. They reached out to my manager & asked for additional information. They also told Tori it went will. The other one is Wednesday.

The word of the day is riposte which is a quick and effective reply by word or act.

Yesterday was a good day at work. I ‘only worked’ until 1040. Went to my interview then did A.T. stuff until I left for the end of the day.

I then went & picked up my Tab 3 for $56 & the $5 service per month. I had a good conversation with Jay at the Sprint store at 72nd & Dodge. We blamed Dan for a couple things.

Have a fantastic day everyone.

I got 6 likes on a total of two status updates.

Yesterday I finished reading Reckless: A Novel by Andrew Gross. It was a great book. It is a fictional portrayal of the Financial Crisis that affected the world. You can ask yourself, could it really have happened this way?

The word of the day is arraign which is to call or bring before a court to answer to an indictment. Who’s weekend shenanigans got them an arraignment today?

So I went to Krispy Kreme this morning. Had a couple doughnuts. Did anyone notice that it wasn’t as warm today as it was yesterday? That’s all I can say about that.

Looking forward to not doing much today. …

Well today was a rough day at work. I was super tired for since reason. In theory that means I would go to bed earlier tonight. That might happen.

How was your day?
Who are you wearing?

Today is my short day. Just work which is over at this point in time. A couple Kudos from merchants and/or ISO’s today. I still get paid the same.

So the U.S. Government’s (Mines & Yours) had been notified that there debt might be downgraded. That means we will have to pay more UNLESS we default and don’t take on anymore debt. I’m okay with that. Spend less than we send Washington, D. C. which is fine.

My friend Mike posted this:

I told Mike that is an unqualified statement. I told him I’d indulge it any way.

A few additional statements would have helped Mike.

Has there been Democrat/Republican/Other Presidents? Yes there has.

Has there been Republican/Other/Democrat Senators? Yes there has.

Has there been Other/Democrat/Republican Representatives to the House? Yes there has.

What do a majority of these people (of the last 50 years) have in common. The qualified voters of The United States of America have sent these people to do a job as Representatives to Washington, D.C.

If you ask me what there job is, I’ll tell you:

The Republicans didn’t ruin everything.

I’m a resident and citizen of The United States of America.

The United States of America is the best country in the world and we can be better.

As a registered and actually voter it is my job to send the best person to Washington, D.C.

On Tuesday 11/04/V3.3 I voted for Mitt Romney, Deb Fischer, and Lee Terry. Those are the people I sent to do the job. Deb & Lee are doing the job to the best of their ability.

Mike what is the job you want the President, Senators, and Representatives to do?

WAIT, I get paid on Friday. If the Government is shutdown does that mean I don’t have to pay taxes? I’m now PRO GOVERNMENT SHUTDOWN!!!

I’ve been on record for months that I want my U.S. Government to pass a budget. I’ll even take a non-balanced budget. But the members of Congress and the United States President couldn’t present and pass a budget. The blame lies with those 536 individuals, some are Democrat, some are Republican, Some are independent.

Now the question we ask ourselves is where we go from here. Do we start with zero based budgeting, or what they did last time this happened. It didn’t work whatever they did, it didn’t work.

The word of the day is loblolly which is a mire; mudhole.

So let’s discuss what’s on my agenda after work. … Great discussion. Cause I’ve got nothing planned.

Off to work we go.

We are headed in the right direction, currently south on 42nd.

I was disappointed in something that happened on Friday morning. But I asked the important question and got the answers I needed. This happens. All is well on the team.

Yesterday was a great day. Work, NASCAR, nap, connecting with leaders in the Omaha community. Good luck to everyone running & serving. It takes quite the effort to do what you have decided to do.

The word of the day is contrail which is a visible condensation of water droplets or ice crystals, occurring in the wake of an aircraft.

I’m heading to church today, haven’t been in a while. This is why I changed my schedule to accommodate. It is also coming upon the snow season.

After church the world is WIDE open until 1500. Going to go play tennis, or whatever happens out there. My tennis game is worse than my golf game.

I have at least two things I need to do. One of those is cook so I can eat. I told her I would do that. She asked if I was cooking. She is happy I cook, just wait until she taste it.