I am writing this essay and it will serve as the only effort I will ever put forth regarding this Ferguson, MO, cop-hate issue. I am way too busy being a PROUD African AMERICAN to waste time caring too much.

It does not matter how slowly you go as long as you do not stop.

A couple moments of smiling.

Do we have a great life or what?

Today is the 2nd day of December in my 36th year.

From Portals of Prayer. 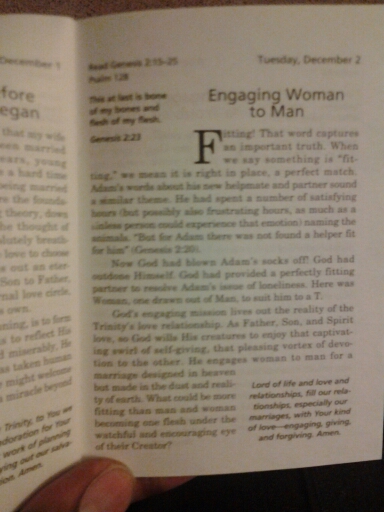 Well I got a little surprise yesterday. I thought I was closing yesterday, but I wasn’t. We had to do inventory, I only had to work until 20:00. I also came home to NO couches.

The word of the day is solander which is a case made to resemble a book.

One of the first casualties was the Crusader artillery program, which was canceled after the Pentagon spent more than $2 billion on it. Then there was the Comanche helicopter debacle, which got the ax after $8 billion. More than twice that amount had been sunk into the Army’s Future Combat System, but that program got killed, too. Yeah? Unnecessary Government Fraud, Waste, & Abuse

I am a fan of a smaller Department of Defense.

“the players said they meant no disrespect by their show of support.” sure? I would never invalidate someone’s feelings. That doesn’t mean they are right or wrong. But this is a whole pile of what we’re you thinking.

Looking forward to the next moment.