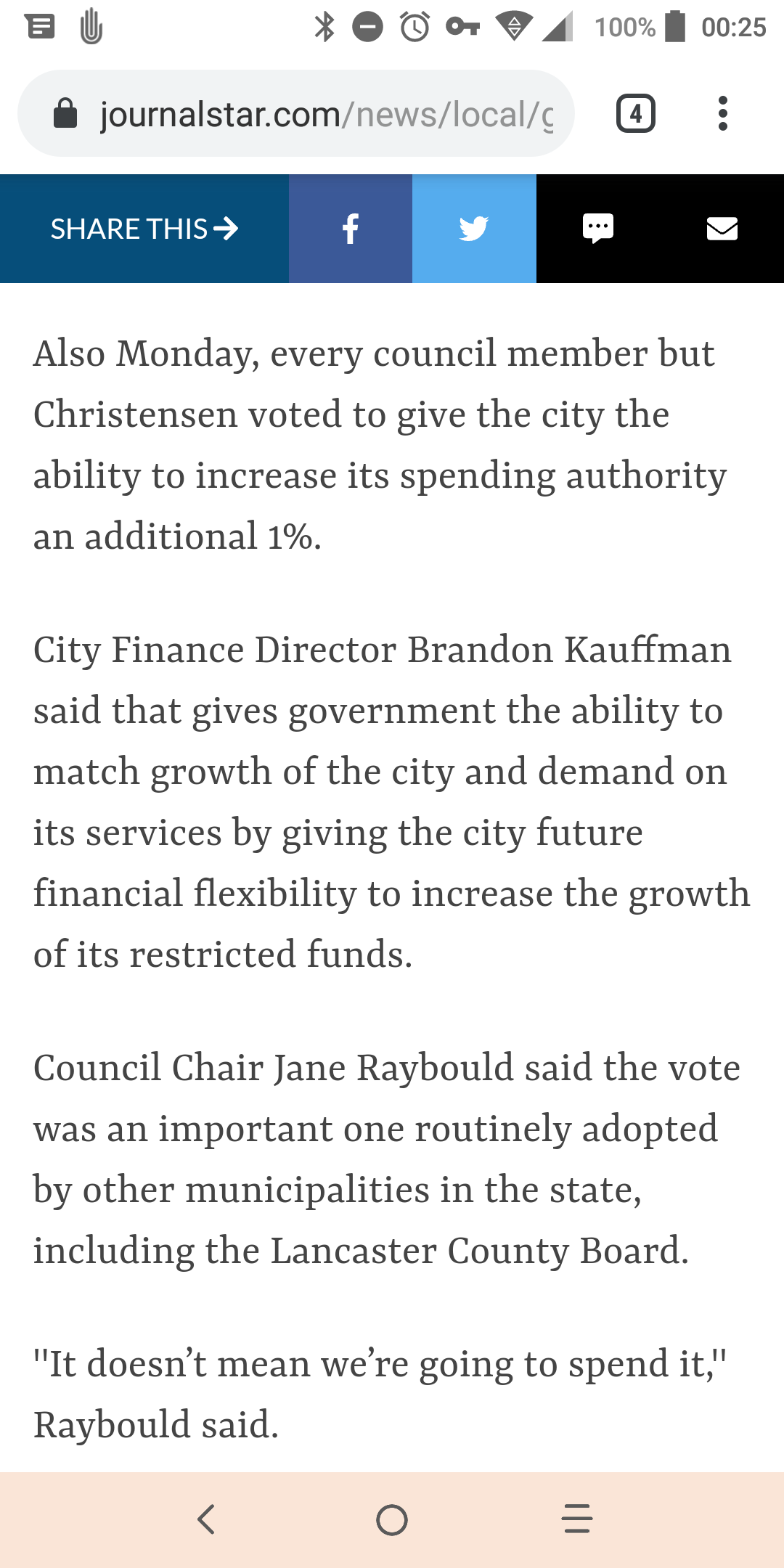 The city is already using is cash reserves to cover the normal cost of city services.

You as my witness will see they will spend more than x+1% within the next 3 years.

The increase in spending average over the last 3 years is x.

This person indicates that premiums went down after Obamacare. That’s #BreakingNews to me.

Did I miss something?

Cause last time I checked premiums went up (generally speaking, more than 50% of previous policy holders).

But, BUT I could be incorrect.

Local View columnist: "Since we’re already paying for everyone’s healthcare, what we need is a coordinating entity that…

Your thoughts don’t qualify or disqualify you for office. https://www.3newsnow.com/news/national/biden-says-he-will-push-to-ban-assault-weapons-if-elected?fbclid=IwAR2E2D1TWxKOmgAlbPMqhFHH6dp7B7R79_KnOReBnjZqguThq6RG4-VhqHs
Legal requirements for presidential candidates have remained the same since the year Washington accepted the presidency. As directed by the Constitution, a presidential candidate must be a natural born citizen of the United States, a resident for 14 years, and 35 years of age or older. These requirements do not prohibit women or minority candidates from running. Why do you think think most presidents to date have been white men?
That’s called the Constitution of the United States of America.,

I can’t believe this. Reading this. NOT one person I saw has mentioned that is is the kids Constitutional Right to Free Speech.

NOT knowing what was/wasn’t said from the picture.

But a good conversation could’ve happen for you to understand why choose to display that flag.

It isn’t a science based diagnosis in the DSM IV. https://www.psychologytoday.com/us/blog/women-who-stray/201901/psychologists-issue-controversial-report-masculinity

I’m not a psychologist, I’ve never peer-reviewed an article to be published in any manual.

But I urge caution in applying labels to events or people that can damage their character or your character. In my 14,667/7727 days the content of someone’s character is all that matters.

Although Ocasio-Cortez raised the salaries of junior staffers in her office to just over $52,000 a year, Chakrabarti took a massive pay cut. The Harvard graduate and tech millionaire agreed to an annual salary of $80,000 — far less than the $146,830 average pay for his position.

Because his salary was less than $126,000, congressional rules exempted the chief of staff from having to disclose his outside income.

Well I’m calling into question, WHY Rep Ocasio-Cortez & her former Chief of Staff Saikat Chakrabarti agreed to a pay cut that let him legally avoid disclosing his full income portfolio.

My how things change quite easily.

Rep Ocasio-Cortez will you release your tax returns.

Rep Ocasio-Cortez will you instruct all your senior staff members to declare their overall income receipts. Irrelevant of breaking the threshold of $126,000